Where Does Ginger Goupie Come From?

Ginger Goupie came about in the second round of flavour additions, seeming to be an obvious choice alongside flavours such as Espresso. It took a while to get the ginger balance exactly right, with non-ginger lovers always claiming it’s too strongly gingery whilst ginger lovers exclaimed there wasn’t nearly enough! Eventually we found a balance we were happy with, combining both ground dried ginger and crystallised ginger for added oomph!

Ginger Goupie is made up of our signature cocoa-syrup base which is then filled with toasted rice, biscuit crumb, ground ginger and crystallised ginger. This mix is then coated in our couverture chocolate and topped with a small candied ginger piece. 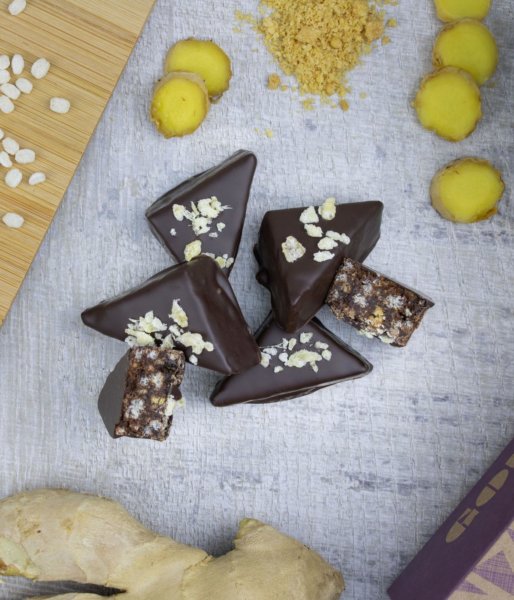 We love Ginger Goupie alongside an ice cold mojito balancing the spice from the ginger and the rum perfectly. 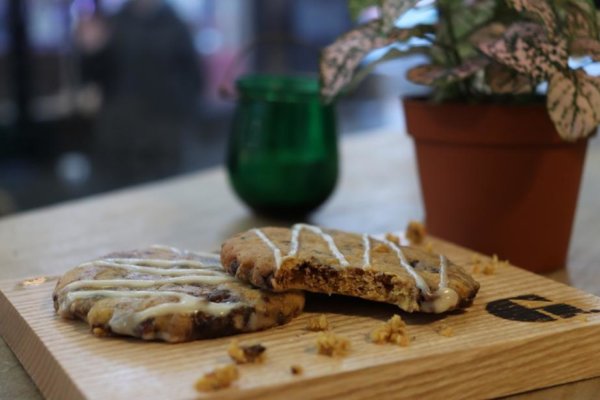 Where do we start with this wacky character…Defined primarily from their defiance against conforming with the rest of society, they would probably categorise themselves as a true hipster (or they wouldn’t just to be different). They’re almost definitely into something ‘alternative’ whether that’s gardening, making clothing out of upcycled rubbish or ultimate frisbee.

This is the kind of character who looks at life differently to the rest of us, maybe they’re in their own little world, or maybe they simply transcend this world!

You can expect an eclectic mix of style, activities and interests, but that’s about all you can expect from the ultimate ‘wild card’. They’re undeniably cool, but that won’t stop your eyes from rolling the next time they tell you their most recent ridiculous endeavour! But hey, who doesn’t love a rebel?