Where Does Mint Goupie Come From?

This is one of the four original flavours alongside Chilli, Orange, and Hazelnut – not counting Original itself. Mint Goupie is a classic combination of peppermint and chocolate, the ideal treat after eight, or frankly, any time!

Mint Goupie consists of a cocoa-syrup base which is filled with toasted rice, biscuit crumb and a peppermint essential oil before being smothered in chocolate and topped with some candied mint leaves. 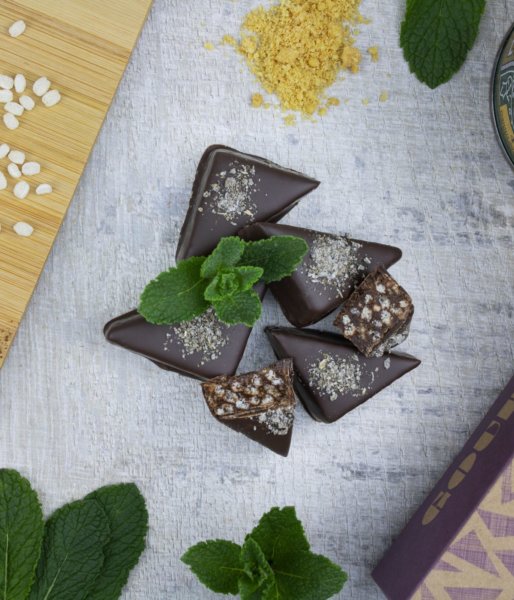 At the end of the day, what could be a better pallet cleanser than a cup of green tea and a piece of Mint Goupie? 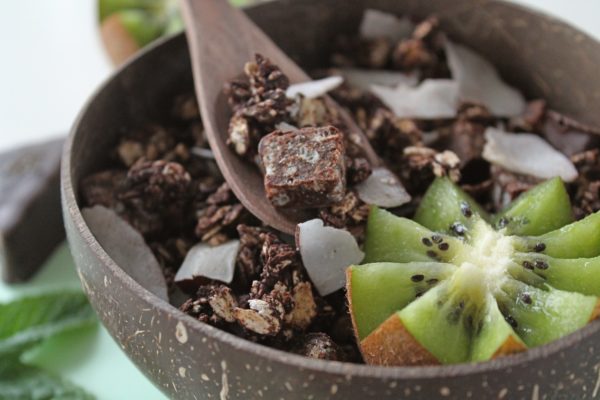 Cooler than ice, cooler than a cucumber and definitely cooler than a cat. This character is as smooth as they come and wouldn’t feel out of place in a Bond movie. They’re eloquent, charismatic and have you ever seen them have a bad hair day?

It’s an effortless charm which is impossible to replicate. Laid back, but not lazy. Suave, but not slimy. We all have a secret crush on this person and who wouldn’t, but just you wait, get to know them well enough and you’ll realise they’re not super human after-all!

Listen to the playlist! 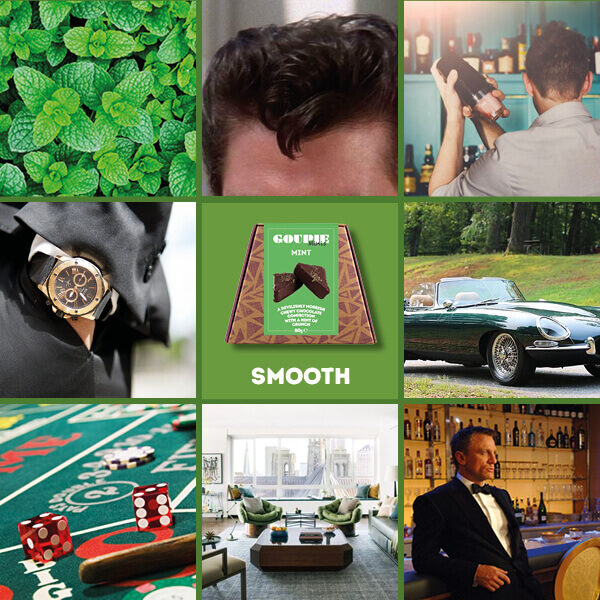