Who Stole The Xmas Chocs?!

Inspector Dip and Detective Dab need your help solving a crime this December! 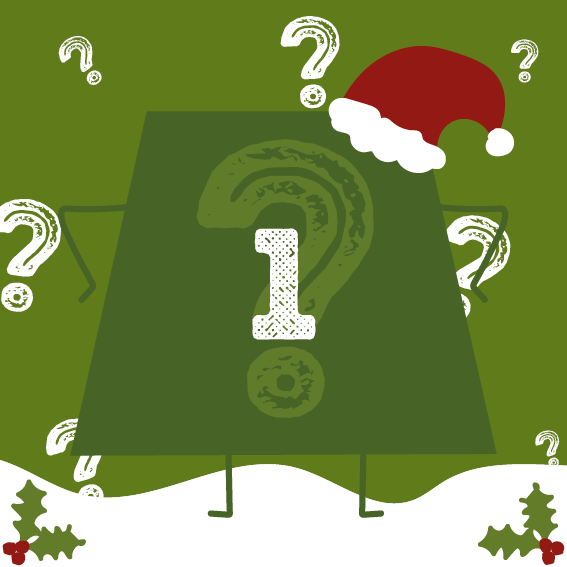 Upon entering the Goupie Factory this morning, they discovered that every single one of the Christmas chocolates had been STOLEN!

It’s up to you to help discover who committed this heinous crime. If you are successful, you’ll be offered 10% off ALL Goupie orders for the whole of 2023, as a thank you for your service.

Every day, the detectives will be releasing new information relating to the crime. So far, only one thing is certain, this was an inside job.

Detectives are expected to release a list of suspects tomorrow…

Remember, clues could be found ANYWHERE. Make sure to do your own research outside of of the information the detectives provide you with, you can never be too careful! 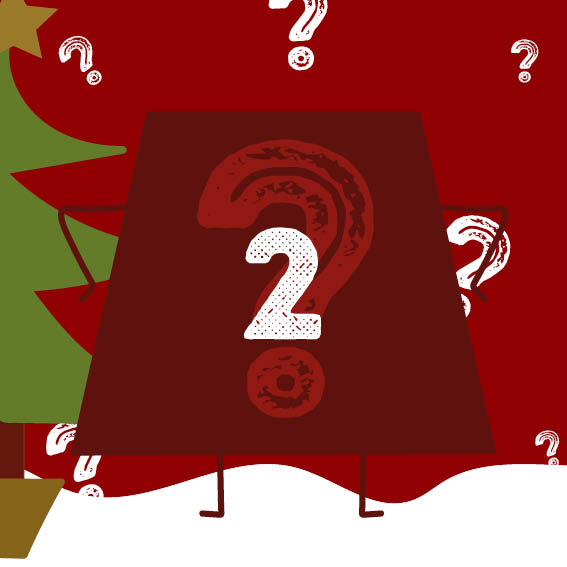 In the past 24 hours, Inspector Dip and Detective Dab have reviewed the crime scene and concluded that only an individual with a key to the factory could have committed the crime.

They have been provided with a list of six key holders, leaving them to realisation that one of these individuals MUST have committed the crime. These six individuals are:

Mamma O – a mother-hen type who loves to bake and make sure that everyone has a coat when they leave the house.
Mister Sticky – the class joker, probably responsible for that nickname you wish you didn’t have.
Dame Cherry – a rather glamorous individual supporting red lip stick, animal print and a whole lot of confidence.
Espresso MBA – a self-described ‘professional’ with big aspirations and no idea.
Agent Mint – the names Mint, Pepper Mint. Smooth and charming, if only they could leave that hair alone!
Colonel S.Butter – a fitness fanatic with unbelievable discipline.

All suspects are now in custody, and awaiting interview. 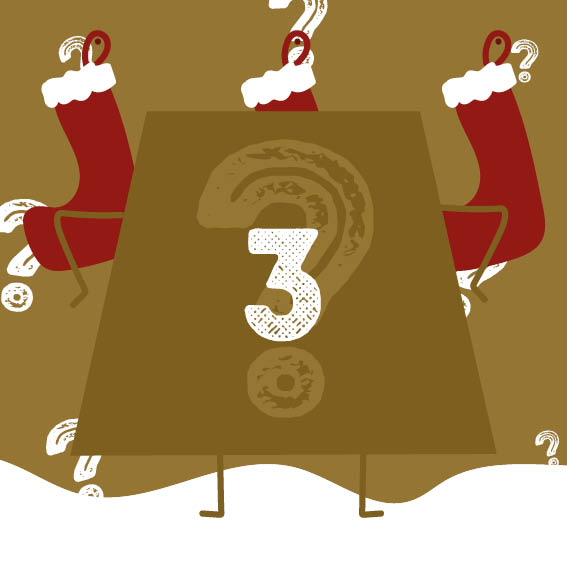 Amongst those who may have committed the crime is Goupie’s resident trickster, Mister Sticky!

According to witnesses, they have a reputation for playing pranks and getting into mischief. Could they be responsible for the Christmas choc theft?!

All that is currently certain is that they were seen in the vicinity of the crime on the night in question wearing a top hat, and looking suspicious. 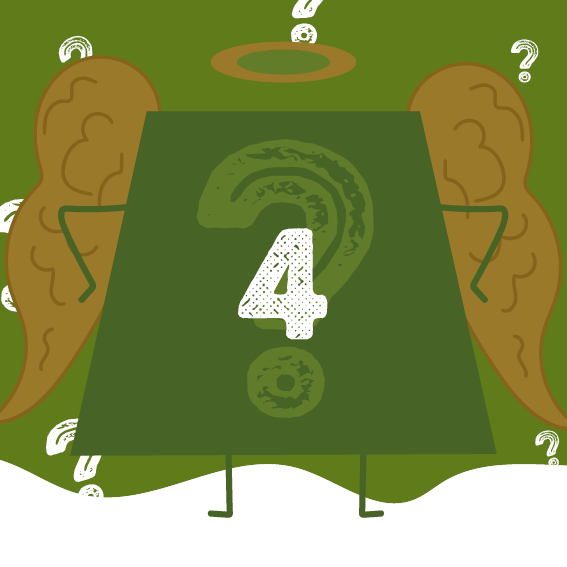 New evidence has come to light, that one individual may have left their Christmas shopping so late, that they may have resorted to theft!

According to witness testimony from Mamma O, Dame Cherry was near hysterical with worry at having not yet purchased any gifts, when they last spoke.

Could it be that they stole the xmas chocs? 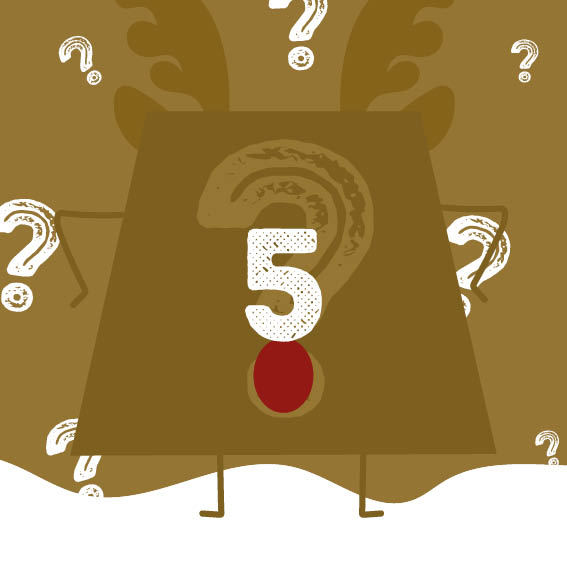 Detective Dip has been looking through Agent Mint’s browsing history and discovered that they’ve been using Pinterest to look up cocktail recipes.

It looks like they’ve saved some really tasty recipes on there, perhaps if we examine further they’ll give us a clue 🧐🍸 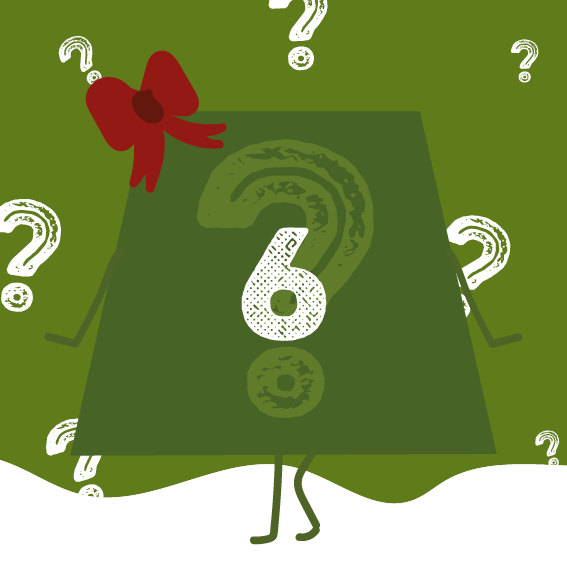 It has been suggested by all of the suspects that Colonel S.Butter is known for following a healthy lifestyle and encouraging others to exercise and eat well.

They are also known for their generosity, often complaining about the excess of Christmas and how we should be doing more to spread the love.

Could it be that they stole the xmas chocs to prove a point? 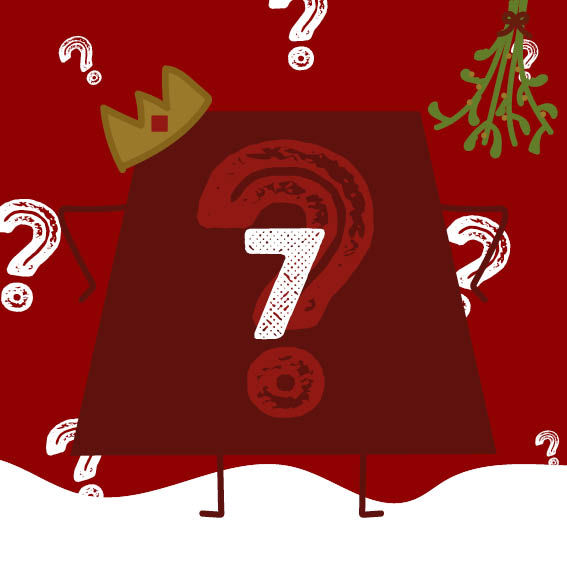 Some suspects have suggested that there were rumblings of discontent well before this despicable attack.

Mamma O is reported to have used the phrase ‘why do I even bother’ to express their frustration that people were filling up on treats this Halloween.

Is it possible that they stole the xmas chocs to avoid a repeat of this situation? 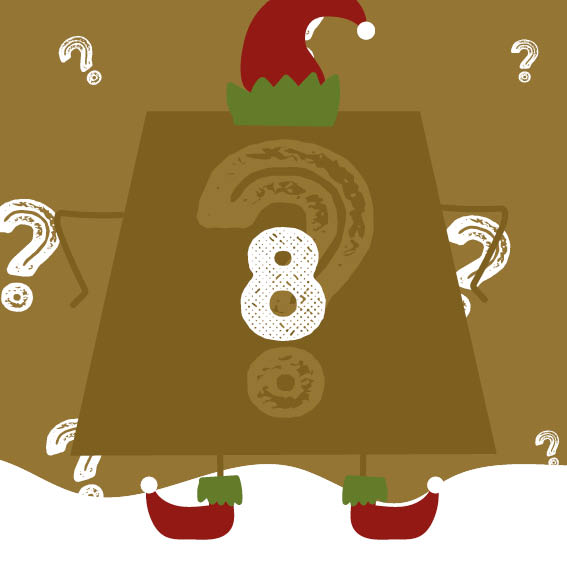 New information regarding Dame Cherry has come to light.

Their browsing history confirms that they were indeed recently looking up how to make gift tags from old boxes, but the detectives still have a few questions… 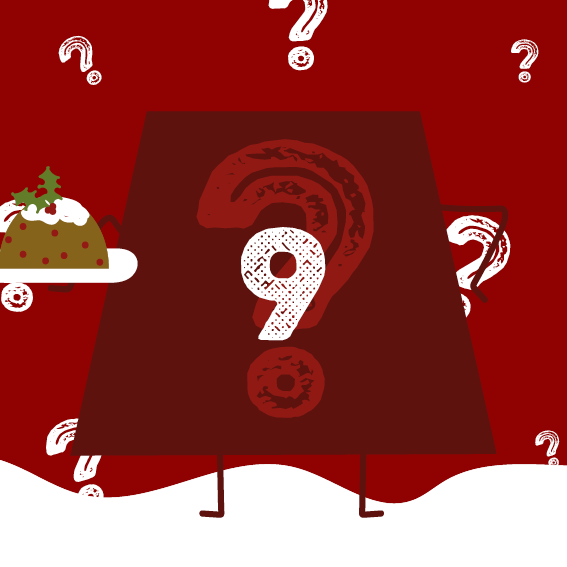 It appears that we have yet another suspect with a motive for stealing the Christmas chocs!

It’s been reported that Espresso is a notorious Christmas-hater, who feels more comfortable in their undecorated city apartment than at a festive-cheered gathering!

Could it be that they performed the Scroogiest of all crimes and stole the xmas chocs? 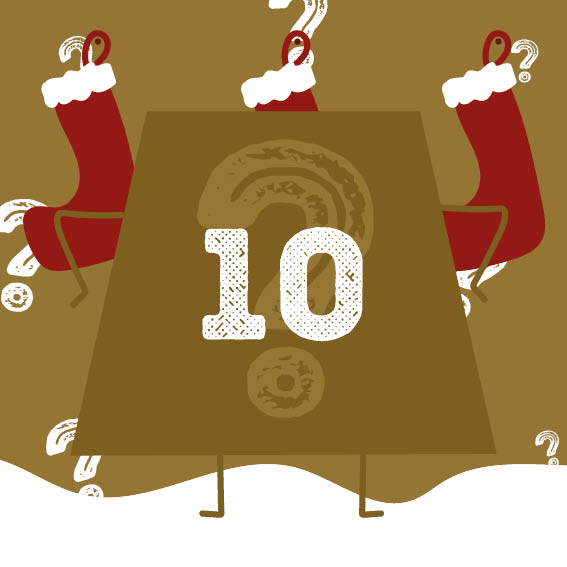 Detectives are exasperated to discover that they are no closer to discovering who stole the xmas chocs than they were 10 days ago.

Upon the realisation that Agent Mint was acting in a distressed manner before the crime, it appears that all 6 of the suspects in custody have suitable motive to have committed the crime. 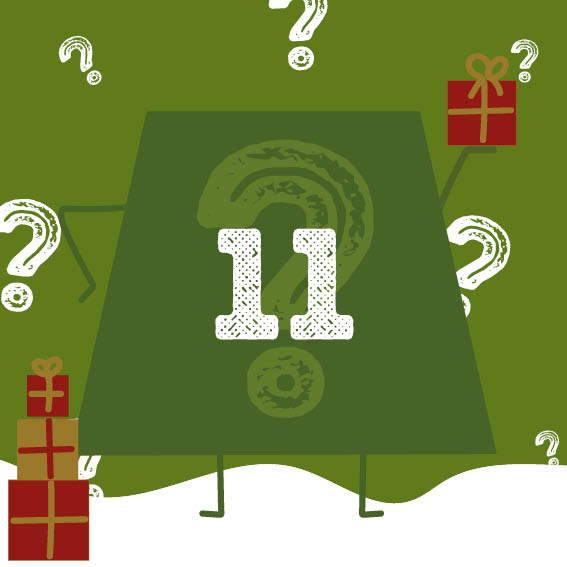 Detectives have been looking back on the day of the crime, after searching through Mister Sticky’s browsing history, to see if they can remember anything else which might help them solve the mystery.

So far, all they can remember is walking in on Mister Sticky dancing along to the Winter Warmer’s Playlist whilst wearing a santa hat. Inspector Dip reflects that they thought Mister Sticky looked incredibly sheepish on their arrival, and can’t help but think there may have been more going on than it first appeared… 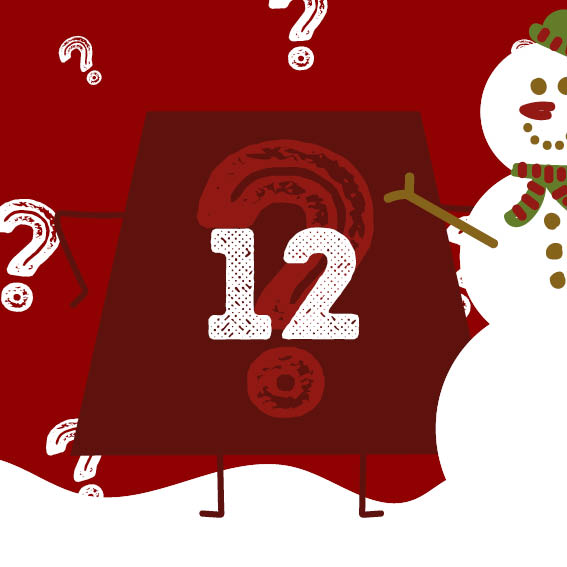 Detectives have been searching through the browsing history of Espresso. They’ve found that most recently they’ve been looking at a shortlist of Christmas movies including the Grinch Who Stole Christmas and Christmas Land.

Is it possible that there’s a clue in these movies which could help solve the mystery? 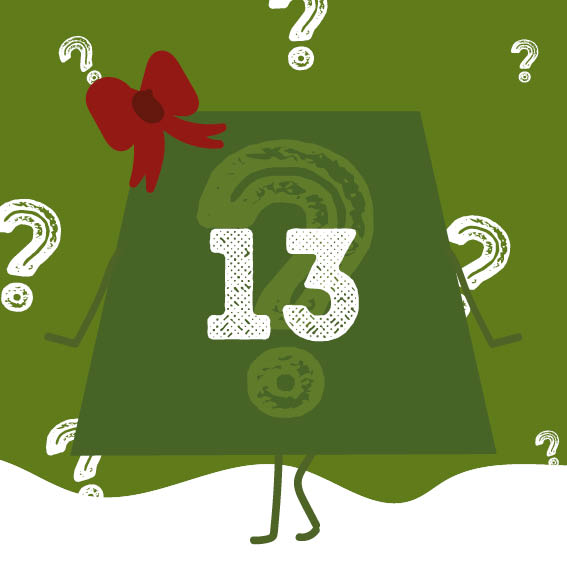 Confirming suspicions that Colonel S.Butter has been looking to give back this Christmas, it has been reported that they were spotted visiting Nourish Community Foodbank the morning after the crime took place.

Detectives are now trying to establish exactly what was donated. 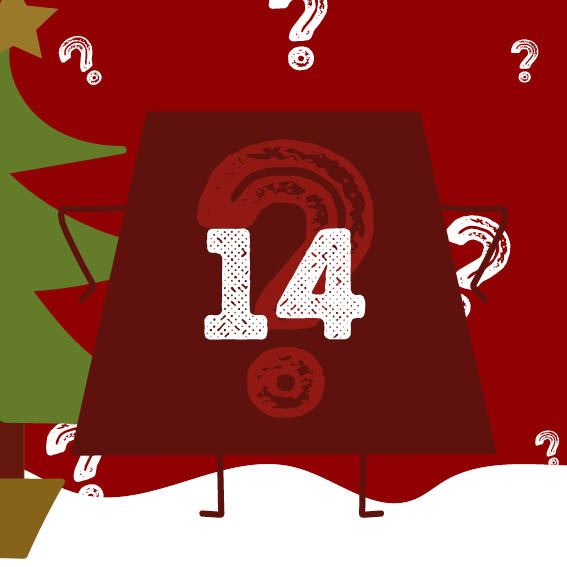 According to Mamma O’s browsing history, they have recently been brushing up on how to make their famous Christmas decorations from old Goupie boxes.

There is no news yet on whether or not any decorations have actually been made. 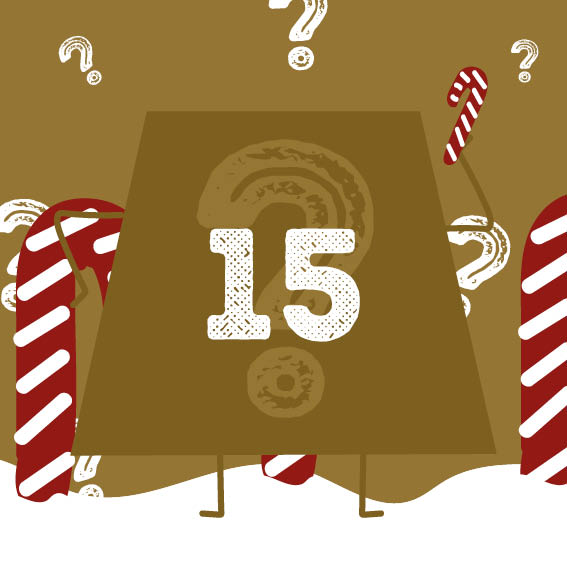 After speaking to colleagues it appears that there had been a flurry of criminal activity on the night in question.

Every single hat from the local snowmen went missing at the same time as the robbery was taking place. Fortunately, these crimes are considered to be unrelated and organised crime has been ruled out. 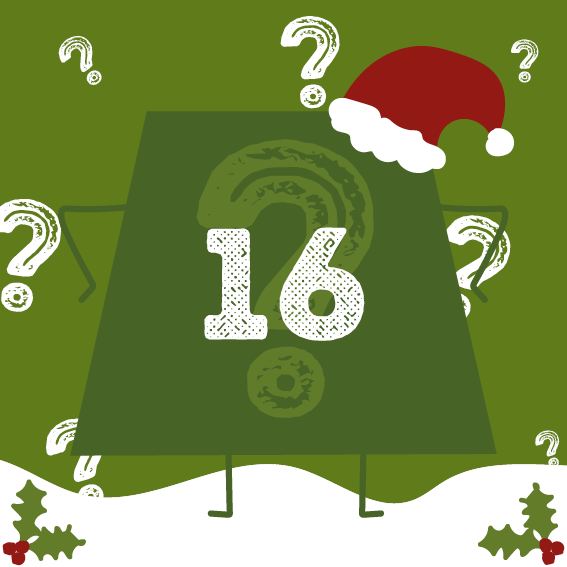 New information regarding the Goupie Christmas Party has come to light. Detectives have discovered that the xmas chocs were an essential component of the party, and that without them, the event must be cancelled!

Mamma O uses those very chocs to make her Mince Pies, an essential part of the party food. 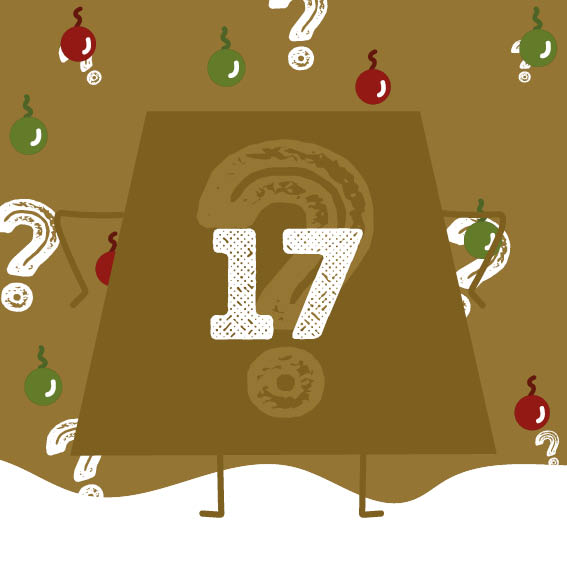 Day 17 and detectives are starting to get closer to the truth of what happened to the xmas chocs!

It seems that the Anti-Burnout Club has had a profound effect on Colonel S.Butter who’s now keen to share his understanding with his friends and family.

They were hoping to do so at this year’s Christmas party, and remind everyone that amongst other things, being healthy doesn’t mean feeling guilty about treating yourself 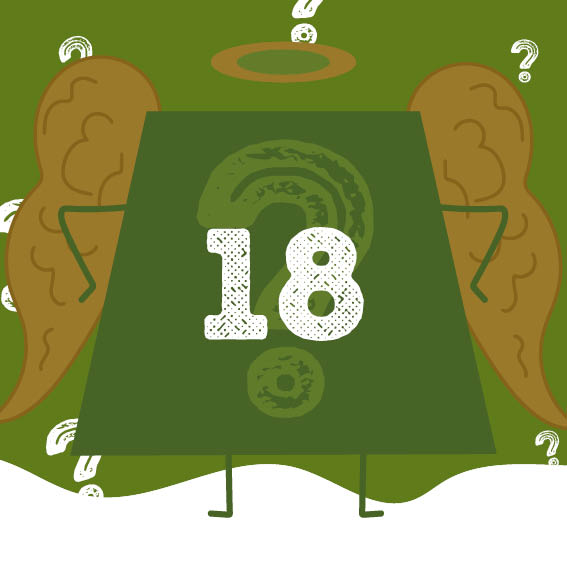 Inspector Dip has been doing a deep dive into Dame Cherry’s browsing history and has found that they recently downloaded The TN Card app and have been searching through their directory. 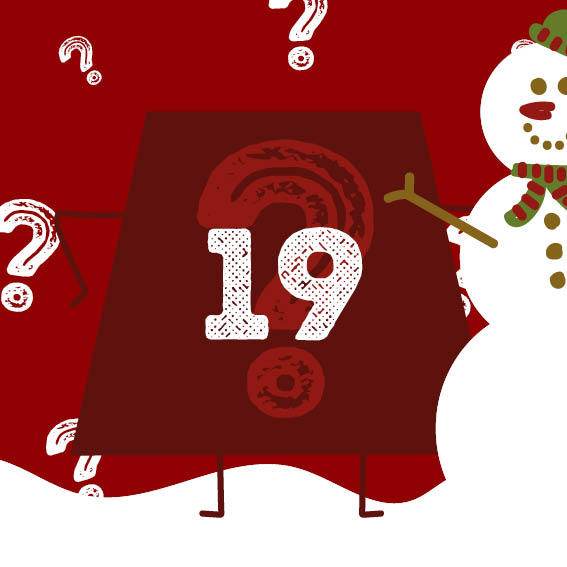 Detectives don’t know what to make of the latest statement from Agent Mint. They claimed to have saved all their wrapping paper from last year, but now can’t remember where they put it. They’ve resorted to wrapping their gifts in silk scarves instead! 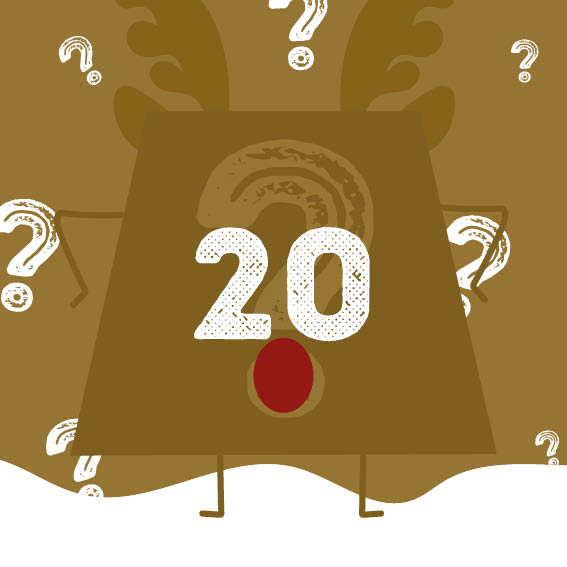 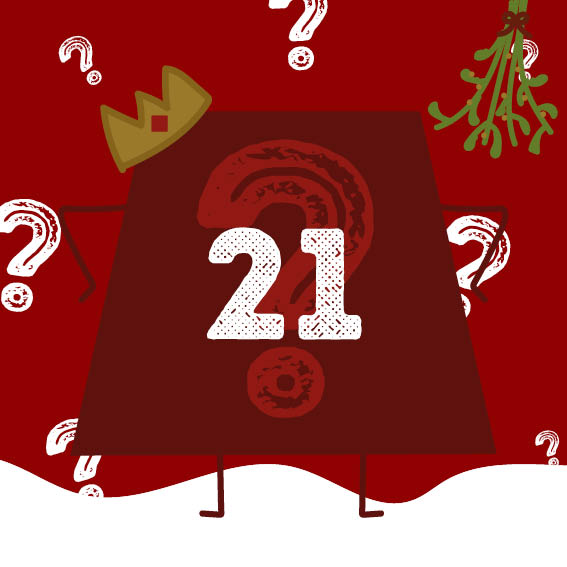 New evidence related to the crime has been uncovered in the plum orchard behind the Goupie Factory!

A box of green tea was discovered near the scene of the crime, could that be a clue as to who stole the chocs?

You now have all the information you need to determine who stole the xmas chocs! You can visit our Instagram page to find out who it was…